Skin Purging Or Breaking Out? – How To Tell The Difference

Sometimes your skin reacts to your newly introduced skincare products thereby causing more appearance of acne on the skin or making the existing ones worse which may leave you no choice but to stop usage. But what if your skin is just purging out impurities out of the pores and not really breaking out?. Yea, this is where the confusion sets it, the difference between skin purging and breakouts can be really difficult to differentiate especially if you’re a newbie.

So, therefore in this content, we’re definitely going to put you through on how to spot the difference between skin purging phase and breaking out, so as to know when your skincare topicals are really doing their job or not. Keep reading to know more about skin purging & breaking out.

What Is Skin Purging & What Causes It?.

Skin purging is a purification or cleansing phase the skin undergoes when a new skincare product containing active ingredient is introduced to the skin as a result of speeding up the cell turnover rate.
Products with potent or active ingredients can make your skin purge, also extraction process during facials can lead to skin purging too, this is because extractions causes the skin to get rid of the toxins hanging out just below the surface. When this happens, the skin can break out in whiteheads or pimples, and it can be inflamed and red. Be sure to ask your esthetician what to expect, and make sure to let him or her know of any potential irritations.

Skin purging brings out the existing microcomedones (early acne or clogged hair particles) to the surface. At this phase, your existing acne looks worse, more inflamed, reddish or leading to pus-filled pimples being popped out of the skin. Although not all products causes skin purging but active ingredients such as Alpha & Beta Hydroxy Acids, Retinoids, Vitamin C and other over-the-counter acne-management products are known to exfoliate the skin and speed up cell turnover rate which can literally lead to skin purging.

Products That Can Trigger Purging Include:

Active ingredients such as Retinoids works by increasing the rate at which your body produces new skin cells by speeding up the process of skin cell turnover which can lead to acne breakouts, skin peeling, dryness, and a range of other frustrating temporary outcomes. While AHAs & BHA loosen the gunk, sebum & impurities in the pores and speed cell turnover, thereby bringing the clog in the pore to the surface faster which leads to purging. The purge phase usually lasts for two to six weeks.

Purging happens because these products and treatments make you shed dead skin cells faster, helping to loosen trapped sebum and debris. This accelerates the rate at which pre-existing clogged pores (also known as microcomedones) rise to the surface and become blemishes.

ALSO READ: These Are The Skincare Mistakes You Make Without Even Knowing It.

What Is Skin Breakouts & What Causes It?.

Skin breakouts occurs as a result of your skin reacting negatively to some certain skincare ingredient. This can occur as a result of allergic reaction or the appearance of new acnes (pimples) scattered all over your skin.
That’s why it’s highly advised to do a patch test before using new skincare products on your skin to test for allergies.

Depending on your skin type, some skincare products may not be suitable for your skin, especially if you have oily or acne-prone skin.
Using skincare products that contains much oils can lead to accumulation of sebum which may not only cause excessive oiliness but lead to acne breakouts due to clogged pores. You can read our guide on how to know your skin type & products suitable for you.

Skincare Ingredients That Can Possibly Trigger Breakouts Include:

Difference Between Skin Purging & Breaking out.

Having read the definition between skin purging and breaking-out, the 1-million dollar question is, how can you possibly tell the difference between the two? Keep reading to learn more.

If it’s purging, it should only make pre-existing or already-existing microcomedones come to the surface faster, so if you’re breaking out in places where you don’t normally experience breakouts, it’s likely that the product isn’t suitable for you and this product could be making the type of acne you’re even experiencing worse.

To break down the explanation: Skin purging only makes the already existing microcomedones or acne worse by escalating the cell turnover process which brings these impurities, gunk, and debris to the very top of the skin for final healing process to take its cause.

Purging Only Occurs In Problematic Areas.

Purging only occurs in skin areas where you’re likely or always have breakouts. It occurs only on problematic areas or where you’re already prone to breakouts. Normally these areas includes chin, forehead and nose. Places where you’re used to getting pimples, or where you can feel or see bumps under the skin surface.

Unlike breakouts which stays out as long as you continue with the product causing the breakout, purging only stays for some period of time and then vanishes. See skin purging as something getting worse before getting better. Purging doesn’t last forever, this phase only last for maximum of one to two months.

You’re Breaking Out In New Places.

Unlike purging, breakouts occurs in new places or places where you don’t likely breakout. For example: you might notice breakouts on your cheeks, where you’ve never had any issues before.
Therefore, If you’re experiencing sudden acne in places where your skin was always clear and smooth then you’re breaking out to a problematic ingredient which doesn’t agree with your skin.

The Product Is Not An Active Ingredient.

If by any chance you introduce a new skincare product into your routine which does not contain any active ingredient which can speed up cell turnover or cause exfoliation and you’re experiencing breakouts then it simply means your skin isn’t compatible with the product which is why you’re breaking out. Some of the products that causes breakouts and unlikely to cause skin purging includes:

Any irritations that lasts more than two months is definitely not purging, it’s breakouts. As mentioned purging phase doesn’t exceed two months infact in some cases, its improvements and healing takes place within a month. Therefore if your skin got worse after starting a new product and stays worse, for longer than two months, it’s a breakout. It’s best to terminate using that particular product and use something else.

If Your skin Is Tight, Dry, Red Or Itchy.

Active skincare ingredients such as AHAs/BHA, retinoids, vitamin C, can contribute to temporal skin irritations such as dryness, skin-tightness, reddish or itchy skin. These signs are absolutely normal as these active ingredients have acidic pH which can trigger little Irritation during usage. But if your skin starts getting tight, dry, reddish or itchy after introducing a new product into your routine which contains no active ingredients and these above mentioned signs occurs along side breakouts then it’s a bad sigh of breakouts, it’s advised to discontinue usage and ditch product.

Can I Prevent Skin Purging?

No, you can’t really prevent skin purging but you can make it less gruesome or intense by following the guide below.

Use Lower Strength Of Active Ingredients.

Use Once, or Twice A Week.

Active ingredients such as retinoids, hydroxy acids can cause sensitivity to the skin and also impacts on the severity of the purging phase when used on a daily basis. Therefore cut down the days you use them and start using them once or twice weekly (for a start). Then when your skin must have built tolerance towards these acids you can gradually work your way up to using every other day.

Buffering is a process of adding an extra layer on your skin (such as a moisture-rich moisturizer) to form a barrier which prevents skincare products with active ingredients from hitting your skin directly. Buffering simply dilutes the acids effect on the skin this will in turn lessen the intensity of the purging phase. Read our expert guide on how to perform the buffering technique.

Can I Treat Breakouts?

Of course you can. When it comes to skin breakouts ditch the product and commence treatment immediately. You can use Niacinamide which is a non-acidic and water-soluble antioxidant that treats inflammatory acne, redness, wrinkles, pigmentations, dryness and improve skin barrier function. We recommend The Ordinary Niacinamide 10% + Zinc 1% Serum.

When you’re breaking out, keep your pillow case clean and resist the urge to pick or pop any inflammation as this can spread the bacteria to other skin area.

Skin purging is a good sign that your skincare product is effective and doing the right thing, it’s upto you to give it time and exercise some patience for the purging phase to complete it cause. Remember skin purging isn’t breakouts, it’s simply a skin purification or cleansing process to get all the gunk out of your pores.

A: Most likely yes. Retinoids such as tretinoin, hydroxy acids such as glycolic, lactic, salicylic, and other potential active acids such as benzoyl peroxide, are just a few of the products that cause purging. These products contain active ingredients that increase or accelerate the skin cell turnover rate, therefore causing your skin to purge.

A: Generally speaking, dermatologists say purging should be over within four to six weeks (1-2 months) of starting a new skin care regimen. If your purge lasts longer than six weeks, consult your dermatologist. It could either be you’re breaking out or you need to adjust the dosage or frequency of application.

A: Anything that can make your skin cells turnover can cause skin purging. L-ascorbic acid form of vitamin C mildly exfoliates the skin to slough off dead skin cells due to its acidic nature which can literally cause skin to purge.

A: Yes, skin purging is a good sign that your skin care product is working. It’s a cleansing and purification phase executed by an active ingredient that pulls off the gunk and impurities from the skin pores (due to cell turnover) for the final healing phase to take its cause. Sometimes it all gets worse before it gets better.

UP NEXT: Know The Difference Between Skin Brightening, Lightening & Whitening.

No votes so far! Be the first to rate this post.

I'm Anselem Ukandu a passionate skincare-lover, writer and beauty editor with undying love for skincare and everything about it. With years of professionalism and practice in the beauty industry, I've written hundreds of inspiring beauty tips expert-backed with facts and advices from board-certified Dermatologists, Estheticians and Cosmetologists. 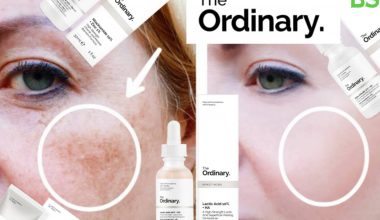 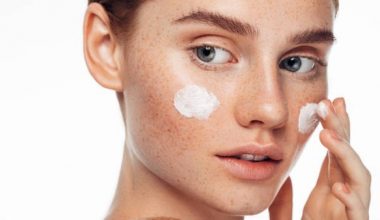 Read More
IIngredients A-Z
Our site is reader-supported. When you buy a product via our links, we may earn a small commission,…
ADVERTISEMENT