The difference is their power-holding capability and texture. Beard waxes have a thick texture, thus have a stronger holding power (depending on which you go for). While beard balms on the other hand have less thick texture, as a result, lesser holding power than its wax counterpart, but more moisturizing and conditioning.

Beard waxes are formulated with various types of waxy and fatty-rich ingredients of which beeswax or petroleum wax base is most used. Other ingredients are coconut oil, butters like; shea butter, cocoa butter and other beard nourishing oils to keep the beard and the skin underneath it conditioned and moisturized.

Beard balms on the other hand are also formulated with fatty-rich butters (but in lesser concentration) suchlike beeswax, petroleum wax, shea butter, cocoa butter and other essential nourishing, soothing and moisturizing oils. Their formulation process is way different from that of beard wax as they’re intentionally made to have less thick consistency, as a result, making them have light holding power.

Beard balm’s texture isn’t as thick as that of beard wax. That’s to say, if you need something more super gripping, you can plunge for beard wax.

Beard Balm Vs Beard Wax – Which Should I Go For?

With the aforementioned explanation, the difference between these two beard tamers should give you a clue on which best suits your needs, but if you’re still bemused and still needs some help on which to go for from either of the two, then be our guest, we’re definitely here to put your through your state of confusion.

Both beard balm and beard wax have similar purposes which are; tame the beards, make them appear fuller and help you style them to desired shape.

However with their difference comes the need to make a choice that best befits you.

If you have a beard or mustache  that is thick or coarse in texture and you’re looking for something super-gripping to help you tame your beards, keep it in desired shape, control wild beard strays, then you should indeed get yourself a beard wax. But if you have a less thick or normal textured beard and mustache, which aren’t stubborn to style or tame, then you’re definitely not going to go wrong with a beard balm.

The super holding power of a beard wax makes it a best choice if you’ve got a thick beard to tame. Thick beards are stubborn to tame and style to desired shape, you need something that will make them bend by its rules, and that’s definitely a beard wax. Note that most beard waxes aren’t moisturizing enough as compared to beard balm.

Beard balms on the other hand aren’t made for super strong holding, so you may be disappointed and dissatisfied if you should go for a beard balm when you have a very thick beard to tame. Beard balms are more suitable for normal beard texture, that aren’t stubborn to style or tame, as they help you effortlessly style your beard, while making them appear fuller and also conditioning and moisturizing them too, that also includes the skin underneath.

The difference between beard balm vs beard wax lies on their holding power which also impacts their texture. Beard waxes are relatively thicker in texture, they have super gripping power while beard balms have less thicker texture, thus having less gripping power. If you have a thick beard, beard wax is your best choice, if you have a less thick or normal textured beard, then you can never go wrong with a beard balm.

UP NEXT: These Essential Oils Will Stimulate & Boost Your Hair Growth.

No votes so far! Be the first to rate this post.

BUY ME A COFFEE 🙂
ADVERTISEMENT

I'm Anselem Ukandu a passionate skincare-lover, writer and beauty editor with undying love for skincare and everything about it. With years of professionalism and practice in the beauty industry, I've written hundreds of inspiring beauty tips expert-backed with facts and advices from board-certified Dermatologists, Estheticians and Cosmetologists.

Can I Use Azelaic Acid And Salicylic Acid Together? - Here's What To Know

8 Best Beard Waxes To Keep Your Beard In Desired Shape 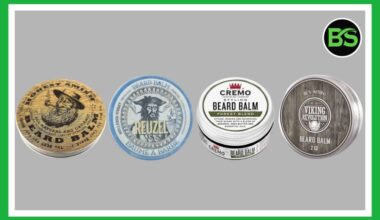 Read More
HHair Wax
Our site is reader-supported. When you buy a product via our links, we may earn a small commission,…
Read More 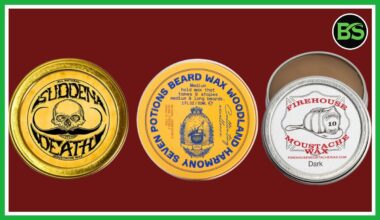 Read More
HHair Wax
Our site is reader-supported. When you buy a product via our links, we may earn a small commission,…
Read More
ADVERTISEMENT